I am a feminist. I said it. I actually thought being a feminist meant that I believed in equality for women. I thought that women should have the same rights as men. Wikipedia defines feminist as:

Let’s imagine we go back 100 years to 1915. Now, in my province of Alberta I would not had the right to vote until 1916 and not until 1919 could we vote in a federal election. I could have never taken a political role either. I’d most likely be married and my husband would be supporting me. I would have few rights. Even if I did work my salary was legally my husband’s property. Just a side note, it took until 1940 for women in Quebec the right to vote. I agree that I support equality, but 100 years ago it was sexism that limited our access to be considered a person. I didn’t have to live back then to realize that to change something that had been in effect for thousands of years was a huge accomplishment.

It wasn’t until after 1880 did a women practice medicine in Canada. I am so pleased to have a female doctor. I guess that makes me sexist since I don’t want a male doctor to look at my lady parts. As for abortion, the comments for the against feminism, seemed to imply that a feminist is promoting abortion. I am not. I believe in choice, which in fact this movement believes in too. So, I would not choose to have an abortion. Am I supporting equality or feminism? Hmm, we do have common ground. I believe women have been given a lot more choices. It isn’t because of ladies gathering around and saying “Oh Martha, look at Susie working in her garden, she knows that Bill likes his supper on the table for 6 o’clock sharp. She planned pot roast. She deserves the trouble she’s going to have if supper is late. Speaking of supper have to run home for Dick, you know how he can be if tuna casserole isn’t piping hot. Tee Hee.” Don’t start on me because, I have been a stay-at-home-mom. I got to make the choice. Thank goodness. Then, I got to make the choice to go to work. Thank goodness for that too.

How on earth did anyone suspect that they got to 2015 without a bunch of hyped up feminists pushing for change? Seriously, if no one took the initiative to say I want the right to vote, to own land or to be considered a person then you wouldn’t even be speaking of choices and egalitarianism. Now they could argue, that they are speaking of “modern” feminism and yes they understand all of the suffragist movement that was labored for so long ago. I tried to find what being a modern feminist was defined as and why it was considered such a dirty and nasty word. I think the best I can define it as that a modern feminist is only associating rights for women, but not as much on equality and focuses to much on being sexist towards men. Being a feminist entails that you are a man basher, baby killer and your muff grows naturally.

What sparked the blog today was that I read an article that a girl wore a shirt that said “feminist” and the school photoshopped it out because of its political ramifications. She was in eighth grade. I thought wow, the word feminist is like having the word fuck on your shirt. Is it really that dirty? Is being a feminist that bad? 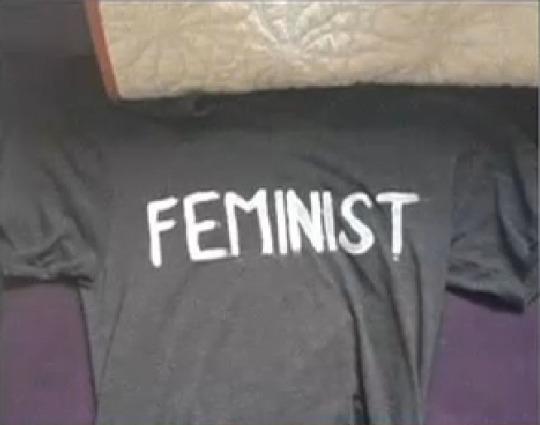 My definition is that feminism is what has provided me to express my feelings in a blog without being told that I am not allowed. It is me working at a job that I get paid more possibly then some men or women for that matter. It is having a husband that listens and accepts my ideas. I can vote. I have so many endless choices that I would not have had if the feminist movement had not occurred. I have the choice to reject feminism. I can be subservient to a man or beast. I get to choose all the time. I can make my husband lunch and I can say the next time I don’t have time. I really do believe that feminism is about equality. I also think that if you believe that woman have equality around the globe and that there is still not a fight to fight then there are many women who are still at war that would disagree. I support them. And, I support those that don’t believe it is relevant to them. It is all good, and that my fellow women (and the one man that will read this) is a choice.